See Through Me Award-winning author 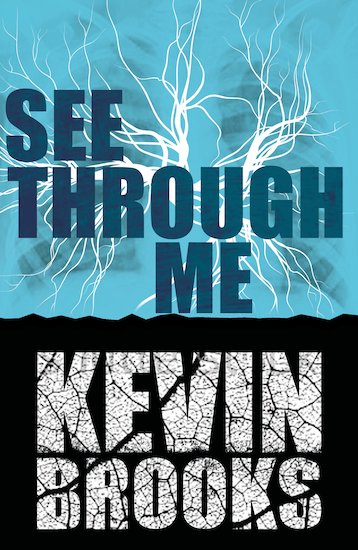 When fifteen-year-old Kenzie wakes up in hospital in a darkened room, she’s in the dark about what has happened to her too. The doctors break the devastating news that she has been struck down by a rare genetic condition that means her skin has become transparent, revealing everything inside of her – and Kenzie feels repellent to look at.

But when a medical photo of her is leaked and goes viral, the press attention is massive. How can Kenzie live like this, when she doesn’t want to be seen at all? Can a boy who can’t even see her, be the only one to help her to find the answers… ?

Kevin Brooks was born in Exeter and studied in Birmingham and London. He has worked in a crematorium, a zoo, a garage and a post office, before – happily – giving it all up to write books. Kevin is the author of many acclaimed award-winning young adult novels, including Martyn Pig, Lucas, Kissing The Rain, The Road of the Dead, Black Rabbit Summer and iBoy. He now lives in North Yorkshire. The Bunker Diary won the CILIP Carnegie Medal in 2014.

Kevin Brooks, author of the young adult novels Martyn Pig, Lucas, Kissing the Rain, Candy, and The Road of The Dead, was born in 1959 and grew up in Exeter, Devon. After school, he moved to London and tried to become a rock star. The book he would most like to have written is Cannery Row by John Steinbeck. His most precious memory is of sitting on a wall when he was ten years old, wondering where thoughts go when you die. He decided that they float up into space and become fuel for the sun. His advice for aspiring authors? ‘Read as much as you can, and write what you want to write, not what you think other people want you to write. And don’t give up.’

You can find more about Kevin on his MySpace page and via Bebo at www.bebo.com/kevinbrooksauthor