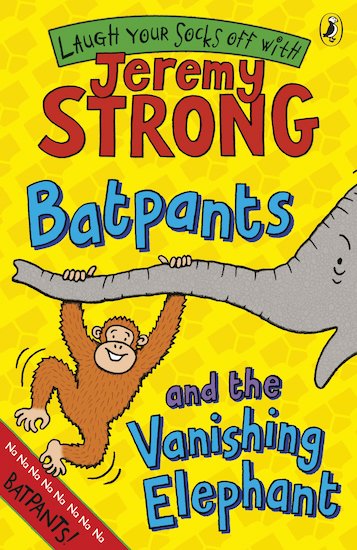 When you live with an orang-utan who loves apple crumble and roast chicken, not much will surprise you. So when the Lovehart family get a MEGA-MASSIVE DELIVERY, it’s an elephant… obviously! Gentle Fudge has come to stay – but all of a sudden, he disappears. Worst of all, the elephant-nappers want a TWO MILLION POUND ransom! Can Batpants swing into action to save her mammoth mate? Never fear – she’s on the trail! Hoo hooo hooooo ha ha ha ha ha!

670L Lexiles are the global standard in reading assessment. They are unique as they are able to measure a child and a book on the same scale – ensuring the right book gets to the right child at the right time. 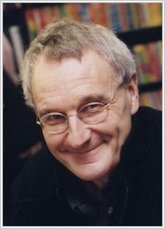 Jeremy Strong is an author that children choose to read, time and time again. Like it frantic? Like it funny? Split your sides with riotous rib-ticklers from the king of comedy, full of suspense, mystery, wild twists of fate – and Jeremy Strong’s trademark cheeky chuckles! Whether it’s a baby’s bottom, a flying cow or a can of killer tomatoes, each of his books has a very silly special ingredient.

Born in 1949, Jeremy Strong has spent most of his life in a dream. At the age of three he fell out of a first floor window and landed on his head. He was in hospital for a week, with a broken arm and a headache. Luckily he recovered, although he was always accident-prone as a child. He broke various bones and had stitches for big head cuts. This was because he spent most of his time out in the fields near his house playing. The ‘stitches score’ went something like this: Riding a bike at a thousand miles an hour – five stitches. Falling out of tall trees – four stitches. Playing kiss-chase – three stitches.

At school he enjoyed playtime, lunchtime, and half past three. He also liked making things up and writing about them. He spent his teenage years writing poems for his girlfriend, Susan, until she gave in and married him.

After his eventful childhood he eventually became a primary school teacher, and is now a full time writer. He has written over 70 books, including the hugely popular Hundred Mile an Hour Dog books.