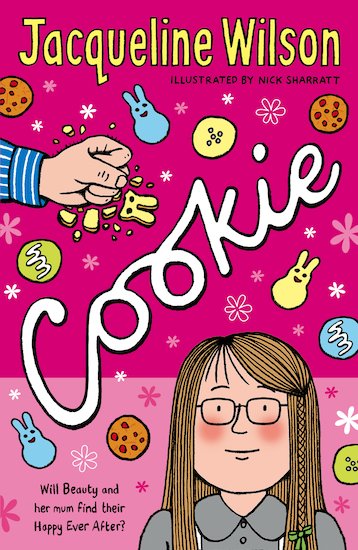 Beauty Cookson is no beauty – and her scary Dad is always telling her so. He’s a fussy, bullying tyrant who constantly puts her and Mum down. And when a birthday party goes very wrong, Mum and Beauty realise that Dad is out of control. They need to get away before he hurts them. So Mum and Beauty run away… and start a new life in an idyllic seaside resort. There, they find a new-found freedom, a hobby, an income, and even a new nickname for Beauty. All of Beauty’s dreams are finally coming true – and she deserves it! This wonderfully heartwarming novel from Jacqueline Wilson is the inspirational story of a girl freeing herself from abuse and discovering her true strengths. 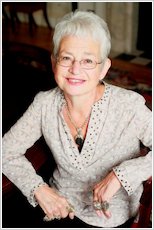 Jacqueline Wilson was born in Bath in 1945, but spent most of her childhood in Kingston-on-Thames. She always wanted to be a writer and wrote her first “novel” when she was nine, filling countless Woolworths’ exercise books as she grew up. Since having her daughter, Emma, she has been writing full time.

Her insightful and emotionally challenging books not only stretch reading ability, but give young readers a glimpse into many kinds of lives. Smart girls, strong girls, bad girls, brave girls. Girls keeping their families going, girls trying to get away… Jacqueline Wilson’s written about them all! These powerful stories of plucky girls in difficult circumstances won’t fail to strike a chord.

She has written over 70 best-selling books, and several have even been adapted for TV – most famously The Story of Tracy Beaker. Her signing sessions attract huge crowds of fans and last for hours! Over 25 million copies of her books have now been sold in the UK alone.

In 2007 Jacky Daydream was published, an inspirational true story of how a shy schoolgirl became a superstar author. This was followed by My Secret Diary, a captivating account of Jacky’s teenage years.

In June 2002 Jacqueline was given an OBE for services to literacy in schools, and she was the Children’s Laureate from 2005-2007. She also became a Dame in December 2007.