Who Let the Gods Out? #2: Simply the Quest 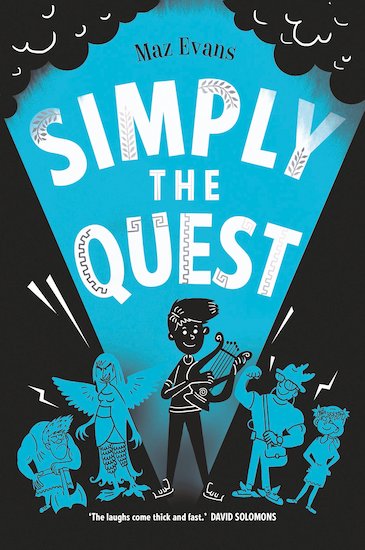 The second book in the hilarious bestselling WHO LETTHE GODS OUT series; perfect for fans of David Solomons!

‘I totally fell in love with Elliot and the gods, and I think you’re all going to love them too.’ ROBIN STEVENS on book 1

‘One of the funniest new voices in children’s literature. The laughs come thick and fast’ DAVID SOLOMONS on book 1

Elliot Hooper’s troubles are far from over: his mum’s health worsens, he’s struggling at school, and a bunch of anarchic Greek immortals have moved into his home – including teen goddess Virgo, who’s in trouble with the Zodiac.

What’s more, death-daemon Thanatos and his scary mum, Nyx, are at large – and determined to destroy the world.

As even more immortal allies and enemies emerge, Virgo and Elliot must learn how to be heroes …

The second book in the bestselling Who Let the Gods Out series!

Hilarious and heartfelt, the Who Let the Gods Out? series is centred on the Olympian gods – perfect for fans of Greek mythology!

Can’t wait to read Elliot’s next adventure? Check out book 3, BEYOND THE ODYSSEY!

630L Lexiles are the global standard in reading assessment. They are unique as they are able to measure a child and a book on the same scale – ensuring the right book gets to the right child at the right time. 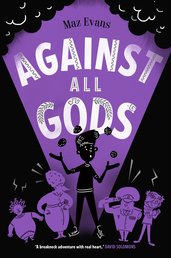 Who Let the Gods Out?