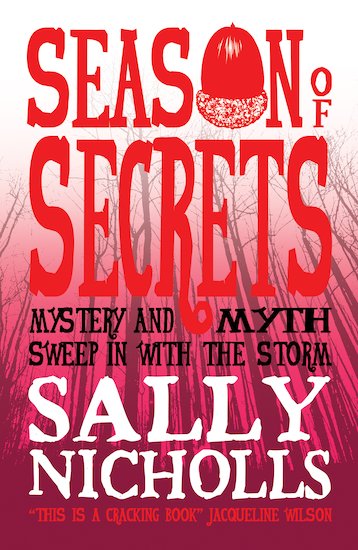 On a wild and stormy night, Molly runs away from the place where her dad has sent her while he Sorts Things Out at home. In the howling darkness, she sees a desperate figure running for his life from a terrifying midnight hunt. He has come to help her. But why? And who is he? Season of Secrets weaves the tale of a heartbroken child and an age-old Pagan legend into a haunting story of love, healing and wild magic.

”... a lovely book, gently written, but with great understanding and a wonderful ear and eye for the black-and-white world of a child. Molly’s voice is absolutely authentic and often heartbreaking” The Book Bag

Sally Nicholls was born in Stockton. After graduating in Philosophy and Literature, she took an MA in Writing for Young People at Bath Spa University where she wrote WAYS TO LIVE FOREVER when she was twenty-three. Published in 2008, it won the Waterstone’s Children’s Book Prize, has been translated into many languages and made into a film. Her second novel, SEASON OF SECRETS, came out in 2010, and ALL FALL DOWN is published in 2012.