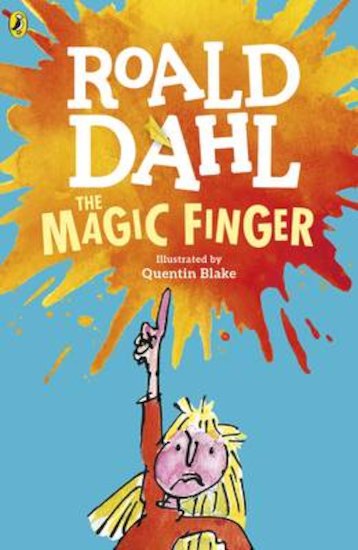 What if every time someone upset you, you could zap them with your magic flashing finger? One day, a little girl discovers that she can do just that! She can turn her teacher into a creature with whiskers and a tail. And as for the nasty Greggs family who hunt ducks next door – her magic finger has something very special in store for THEM! Quack! With a wonderful moral message about getting what you give, this classic favourite from Roald Dahl will delight even the most reluctant readers.

30 copies of this classic children’s book to accompany Read and Respond: The Magic Finger 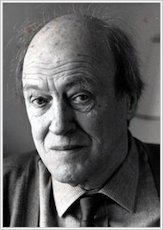 Roald Dahl was born in Llandaff, South Wales on September 13th 1916. His parents were Norwegian, and were called Harald and Sofie. He went to Repton school, in Derbyshire, and left school in 1933.

His first job was in Africa, with the Shell Oil Company. In the second world war he fought as a fighter pilot, and was badly injured when his plane crashed. After the war he worked in America, and soon started writing stories.

His very first children’s book, written in 1943 was called The Gremlins. Eleanor Roosevelt, the wife of the President of the USA liked it so much he was invited to the White House and became friends with the President, Franklin D Roosevelt.

He wrote a number of books and short stories for adults, many of which were televised as the hugely popular Tales of the Unexpected.

But it was as a children’s author that he found greatest fame and satisfaction, saying “I have a passion for teaching kids to become readers…Books shouldn’t be daunting, they should be funny, exciting and wonderful.” Millions of fans around the world agreed and have chuckled and gasped at his amazing stories. His mesmerising stories, written in sizzling, sparkly language, will lead you into adventures you’ll never ever forget!

From 1945 until his death, he lived at Gipsy House, in Buckinghamshire, where he wrote his famous children’s books. He died in hospital in Oxford, on November 23rd, 1990. His books have continued to be read and loved, and have been made into a number of hit films, including Matilda and Charlie and the Chocolate Factory. You can even visit the Roald Dahl Museum in the village where Dahl lived for most of his life.

In 2009 the Roald Dahl Funny Prize was established in his memory.