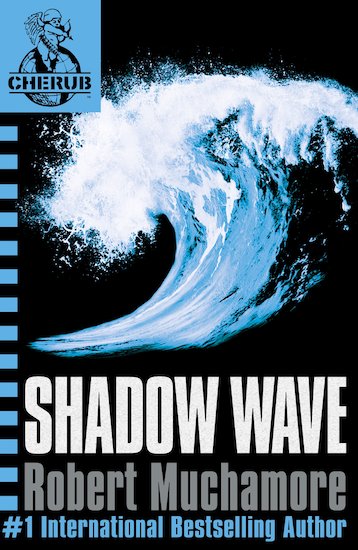 The final episode of a must-read spy series! When a tsunami devastates a tropical island, its governor sends in bulldozers to knock down villages – replacing them with luxury hotels. Guarding the corrupt governor’s family is hardly James Adams’ idea of the perfect mission, especially as it’s going to be his last as a CHERUB agent. But then retired colleague Kyle Blueman comes up with an unofficial (and highly dangerous) plan of his own. Now James must choose between loyalty to CHERUB, and loyalty to his oldest friend… A topical scene of disaster, international aid and corruption forms the backdrop to this last explosive adventure from a mega-selling series!

960L Lexiles are the global standard in reading assessment. They are unique as they are able to measure a child and a book on the same scale – ensuring the right book gets to the right child at the right time. 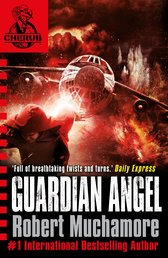 Robert Muchamore was born in Islington in 1972 and spent thirteen years working as a private investigator. He was inspired to create the CHERUB series by his nephews complaints about the lack of anything for them to read!

The CHERUB series launched in 2004 with Robert’s debut novel CHERUB: The Recruit. It went on to win the Red House Children’s Book Award in 2005 and Richard & Judy’s Children’s Book Club in 2007 and has now been turned into Hodder’s first graphic novel. The central character James Adams enjoyed 12 CHERUB adventures, retiring as an active agent in CHERUB: Shadow Wave. In August 2011, CHERUB launched People’s Republic – a brand new story arc following the lives of new recruits Ryan and Ning with Guardian Angel publishing in August 2012.

In 2009, Henderson’s Boys was launched, taking readers back to the very first CHERUB adventure and explaining how Charles Henderson established the CHERUB organisation. His latest series is Rock Wars.