Amari and the Great Game New 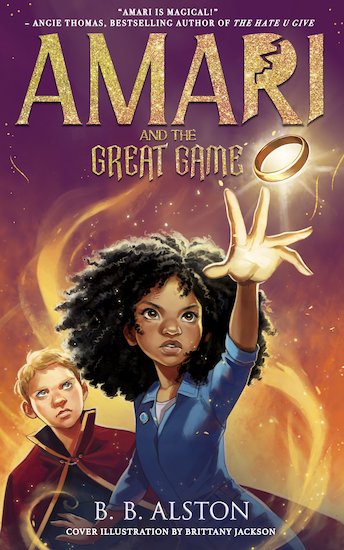 Buy this and your school gets $3.60 to spend on books

Please note – the publication date of this title has been delayed until the 1st of September 2022. This title will not be available until then.

Sequel to the New York Times bestseller Amari and the Night Brothers!

After finding her brother and saving the entire supernatural world, Amari Peters is convinced her first full summer as a Junior Agent will be a breeze.

But between the fearsome new Head Minister’s strict anti-magician agenda, fierce Junior Agent rivalries, and her brother Quinton’s curse steadily worsening, Amari’s plate is full. So when the secretive League of Magicians offers her a chance to stand up for magiciankind as its new leader, she declines. She’s got enough to worry about!

But her refusal allows someone else to step forward, a magician with dangerous plans for the League. This challenge sparks the start of the Great Game, a competition to decide who will become the Night Brothers’ successor and determine the future of magiciankind.

The Great Game is both mysterious and deadly, but among the winner’s magical rewards is Quinton’s last hope . . . so how can Amari refuse?