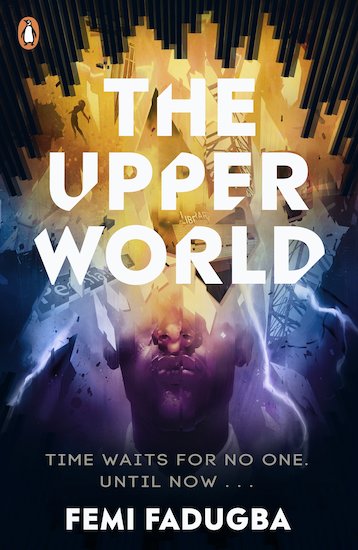 Buy this and your school gets £1.48 to spend on books

‘Wow! The Upper World is a time-twisting, mind-bending thrill ride’ – Holly Jackson, author of A Good Girl’s Guide to Murder

‘This book is impossible to put down’ – The Independent

‘A rollercoaster of a story . . . Orangeboy with an Inception-style twist.’ – Kat Ellis

IF YOU HAD THE CHANCE TO CHANGE YOUR FUTURE, WOULD YOU TAKE IT?

Prepare to stop time with this extraordinary debut about two teenagers bound by fate and time, with the scope of a Christopher Nolan epic.

Esso is running out of time and into trouble. When he discovers he has the ability to see glimpses of the future, he becomes haunted by a vision of a bullet fired in an alleyway with devastating consequences.

A generation later, fifteen-year-old Rhia is desperately searching for answers – and a catastrophic moment from the past holds the key to understanding the parents she never got to meet.

Whether on the roads of South London or in the mysterious Upper World, Esso and Rhia’s fates must collide.

‘Ambitious and highly addictive’ – The Bookseller