Out of Shadows Award-winning 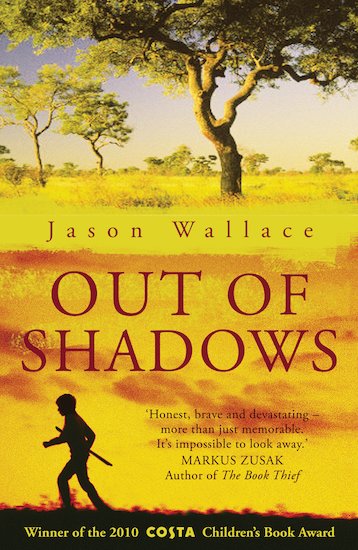 ‘If I stood you in front of a man, pressed a gun into your palm and told you to squeeze the trigger, would you do it?’ ‘No, sir, no way!’ ‘What if I then told you we’d gone back in time and his name was Adolf Hitler? Would you do it then?’

In 1980s Zimbabwe, the war is over, independence has been won and Robert Mugabe has come to power. He offers hope, land and freedom to black Africans. It is the end of the Old Way and the start of a promising new era. For Robert Jacklin, it’s all new: new continent, new country, new school. But he very quickly learns that for some of his classmates, the sound of guns is still loud, and their battles rage on. White boys who want their old country back, not this new black government. Boys like Ivan. Clever, cunning Ivan. For him, there is still one last battle to fight, and he’s taking it right to the top…

“Sometimes a book takes you somewhere and keeps you there. Honest, brave and devastating – Out of Shadows is more than just memorable. It’s impossible to look away.” Markus Zusak, author of ‘The Book Thief’

“An extraordinary coming-of-age novel… The book’s intensity, drama and pace leaves a lasting impact.” The Bookseller

“A provocative story, powerfully written. Some may find the themes difficult, the climax shocking, but Wallace has produced a first novel where all the heat and intensity of an African nation in flux burns on every page.” Keith Gray, The Scotsman